Chase will always be in remembered fondly in our hearts, as the dog that started us along this journey of rescue 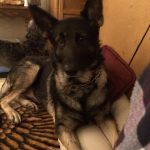 Chase, a black sable, 5 year old GSD, was out of time and in horrendous physical shape at an Oregon “kill” shelter.  Abandoned by his previous owner at the shelter, the shelter staff knew this boy was worth saving and reached out for immediate rescue help.  Chase greeted his rescuer tail wagging with kisses and genuine GSD body lean included!  He excitedly performed a variety of commands/tricks and gingerly took a treat.  His eyes begged for a chance to live, heal and love.  We couldn’t turn away, he was out of time – the shelter was full.  This was Chase’s last chance.

Medically, Chase has many things to overcome before he can be put up for adoption.  Chase has a severe infection in both ears.  His skin is raw, bloody, oozing and infected (with both Staph and yeast) and he has almost complete loss of hair from this mid-back to the tip of his tail.  According to shelter records, Chase has lost approximately 20% of his body mass in the last 8 months.  He continues to require medical baths 2 times a week and is on extended antibiotics for his infections (he also received a prednisone shot to help heal his skin conditions).  Chase requires a high-protein grain-free diet to bring him back from his malnourished underweight state; supporting his skin and returning his thick double-coat.

Lastly, when he has shown medical improvement in these areas, Chase requires an abdominal surgery for neuter.  Chase is a cryptorchid (he has a retained testicle).  Typically, these neuters are done early on after the condition is discovered as a juvenile, as it can cause multiple hormonal issues and abdominal detriment, including cancer.  This wasn’t done for Chase previously and it requires an abdominal surgery with exploration – this goes way beyond a typical neuter procedure.  We are hopeful due to his younger age, this is done without any further complications arising.

We needed a medical foster and an amazing family came forward.  Chase met his foster family (and 3 furry foster-siblings) just as he greeted us; like long lost friends.  He also has met a variety of farm animals, even ducks, and loves them all!  His sweet demeanor will help aid him to endure all the care that he needs from his foster family. 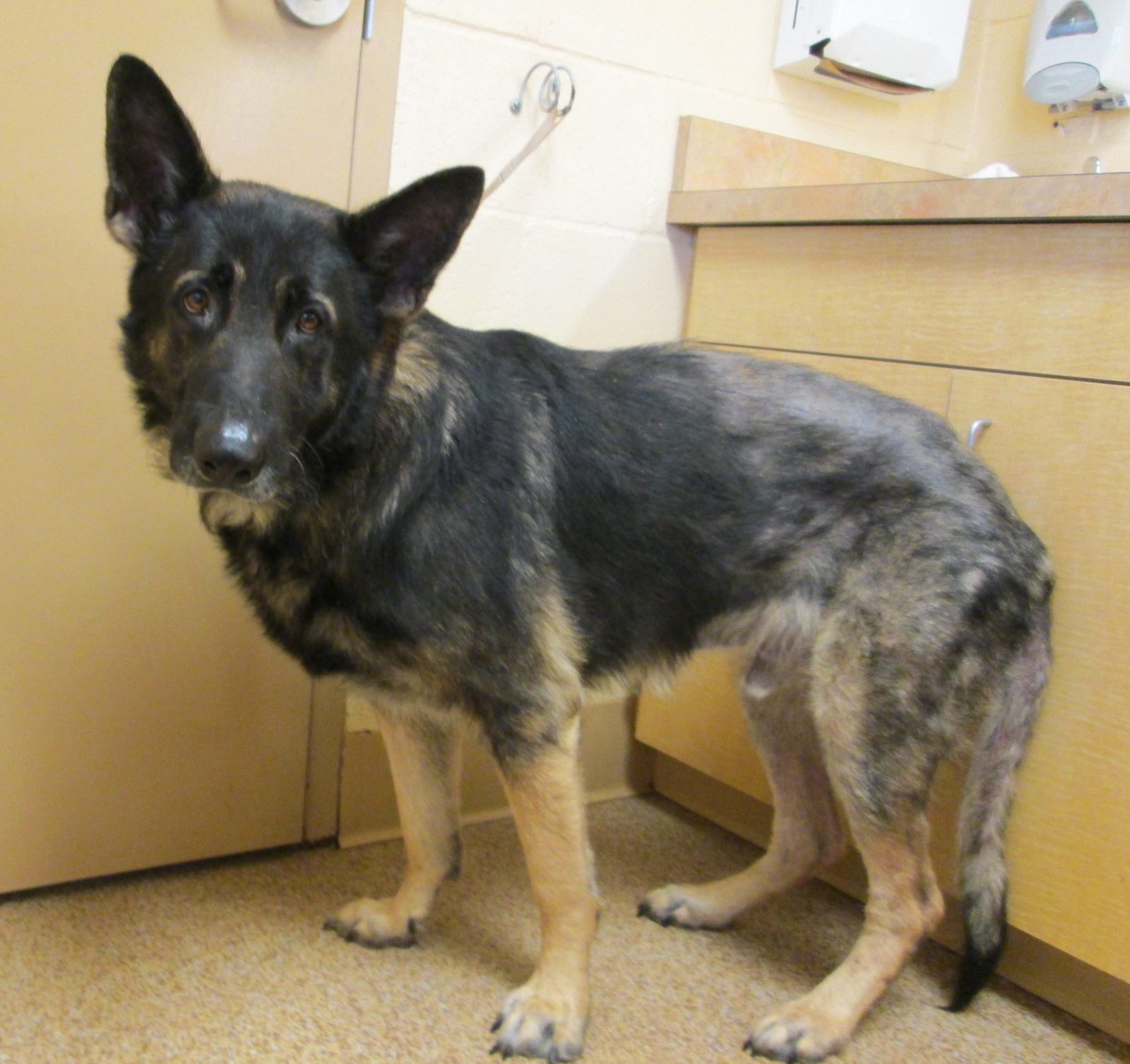